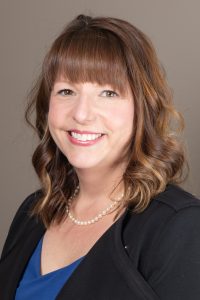 Kimberly Martorano is an Information System Specialist with the Johnston Community School District. She holds a bachelor’s degree in industrial technology education from Illinois State University. She was previously a data analyst with Des Moines Public Schools and an education training specialist with Computer Information Concepts.

Martorano served on the executive board of Lake County Federation of Teachers Local 504 and volunteers with Big Brothers Big Sisters.

Martorano was first appointed to the Board in August 2020 to fill a vacancy until the November 2021 election, at which time she was elected by voters to complete the remaining two years of the term for the District One seat.