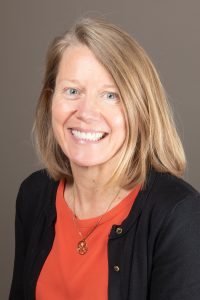 Jackie Norris is a business owner and community leader. She is currently the President and Owner of SPPG and Essman Research and has worked in a variety of positions, including as the White House Chief of Staff to First Lady Michelle Obama, the CEO of Goodwill of Central Iowa, and served in leadership at the global non-profit Points of Light. Her most rewarding position was as a high school government teacher where she worked with students and encouraged them to use their voices and advocate for causes they believed in.Norris was born in Ossining, New York and earned a degree in political science from the State University of New York at Geneseo in 1992 followed by a Masters in Political Science from Iowa State University. In 2002, Norris also received her secondary education teacher certification from Iowa State University. She is the 2005 award recipient of the James Madison Fellowship for her commitment to becoming an outstanding teacher of the American Constitution. Over the years, Jackie has served as an adjunct professor at American University in Washington, DC and John Cabot University in Rome, Italy.

Jackie and her husband, John, live in Des Moines with their three sons Hunter, Cole and Sam who attend Des Moines Public Schools.