District Students, Staff Lend Voices to ‘March For Our Lives’

The local branch of Saturday’s March For Our Lives, a nationwide demonstration advocating for gun control, had a distinct DMPS flavor to it.

From the time school dismissed on Friday, when a group of students gathered at Central Academy to create posters for the event, right through the rally on the front porch of the state capitol including poetry by students from

Movement 515 and speeches by district teachers and students alike, there was plenty of extracurricular activism on display.

The district’s mission is to prepare students for success at the next stage of their lives, a major aspect of which is full citizenship. Indeed, many members of the Class of 2018 that graduates in a couple of months will be eligible to vote for the first time six months later in the midterm elections.

Earlier this week the School Board unanimously approved a resolution in support of comprehensive legislation to address gun violence and school safety, including an assault weapons ban.

Consider those who turned out over the weekend in less than ideal weather conditions well prepared. 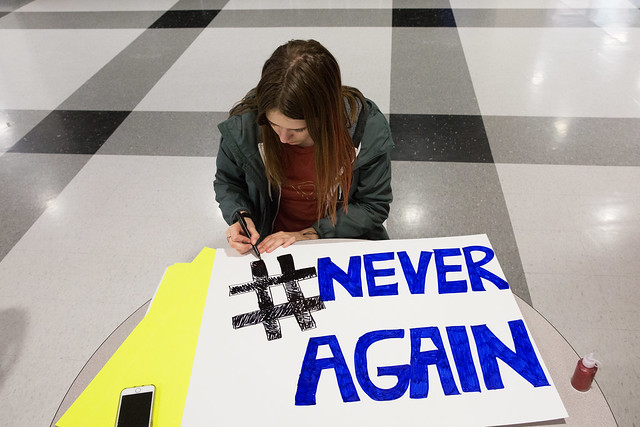