On Tuesday, February 27, DMPS high school juniors reported to school to take their ACTs. This is the 11th year of providing the college entrance exam free of charge to 11th graders, kind of a golden birthday for the program that DMPS was the first school district in the state to implement.

After years of learning their ABCs, among lots of other things, three Roosevelt students scored perfectos on their ACTs: Natalie Chartier, Cameron Primeau and Benjamin Wonderlin all scored 36 – you know 62  – and you can’t do any better than that.

Full disclosure, because they’re all a bit embarrassed by the attention already coming their way in the form of letters from colleges and photographers pulling them out of their Advanced Problem Solving class at Central Academy, none of them homered on their first swing at the test.

The 36 came on the second try for Cameron and Ben. Fourth time was the charm for Natalie, who first sat for it the summer before she started high school.

None of them seems as impressed by their magic number as the rest of us are, and, though they are headed in generally STEM-ish directions post-high school, they’re into artsy stuff too, like throwing pots in the Central Academy ceramics studio.

Asked if they know the odds of a trio all scoring 36 in the same batch of test-takers, they demurred.

“Nationwide, between one and two thousand get 36s every year,” said Ben. Sure, it happens all the time.

Actually, it happens 0.136% of the time. And it should be acknowledged whenever it does.

In addition, a fourth Roosevelt student — senior Anne Percival — scored a perfect 36 when she took the ACT in October 2017. 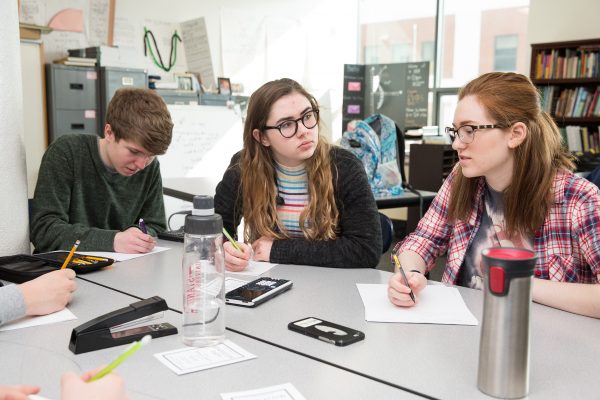