Roughrider’s Coach One of Four Finalists for Outstanding Coach Honors

For the past few years, there has been an extra special relationship between Des Moines Public Schools and Special Olympics. Words like “unified” and “inclusion” are now a regular part of the vocabulary when talking about athletics and activities.

Unified Sports has been a district-wide initiative, working with Special Olympics, to provide every student the chance to participate and compete, regardless of their ability.

Roosevelt High School has been particularly active in the “inclusion revolution” of Special Olympics, from awarding the first varsity letters in the state for Unified Sports to being named by ESPN as one of the Top 5 Unified Champion Schools in the nation in 2020.

Now, one of the leaders behind Roosevelt’s success is being recognized for her efforts. Kelly Cocks was named a finalist for the 2021 Outstanding Coach Award by Special Olympics North America, one of only four selected from across the country.

“I am very honored to be in this position. It’s quite validating for all the work we’ve been doing that we are still making a difference,” said Cocks. “This recognition is a reminder of the importance of inclusion in our society. Each student-athlete deserves to be treated with respect, acceptance, and the same opportunities as their peers.”

For Cocks, a special education teacher at Roosevelt, her work coordinating the school’s Unified Sports is not only a job, it’s personal.

“Having an older sister with Down syndrome, inclusion is something I always dreamed of for her. I grew up watching her be excluded from everyday activities and authentic friendships,” added Cocks. “It is exciting to see that dream become a reality for her and all individuals.”

“Roosevelt has been recognized for its exceptional Unified Sports program in the past. This recognition would not have been possible without the incredible leadership and vision of Kelly Cocks,” noted principal Steve Schappaugh. “She is an inspiring educator and every visit to her classroom or excursion she plans is further evidence of her unwavering commitment and dedication to her students. Roosevelt is a better place because of Kelly and this recognition begins to scratch the surface of the value she adds to our community.”

Cocks has been involved with Special Olympics since elementary school as a volunteer at various competitions, including being a swimming official in 2006 when the USA Games were held in Ames. She has taught at DMPS for seven years, the last four at Roosevelt, as well as coaching sports like basketball, bowling, and track as part of the Unified Sports program. 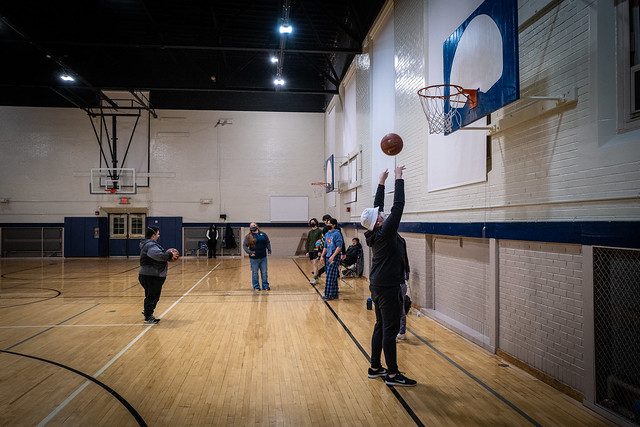