Commencement finally commenced at the district’s five comprehensive high schools over the weekend as first Hoover on Saturday followed by North yesterday conferred delayed diplomas on the Class of 2020. Scavo and Focus got things started late last week (see below for photos from all four events held so far).

In the interest of safety, the emphasis this year has to be more on circumstance than pomp, but whatever these 2,300+ graduates have been denied in the present will pale in future years when they reflect back upon these exceptionally historic times.

Not only did the COVID-19 pandemic curtail their senior year and alter the rites of passage that traditionally highlight that milestone, but the nation erupted in civil unrest on a scale not seen in half a century on the verge of their big, belated moment.

Those twin layers of seminal American history were both evident at Hoover and North.

Huskie seniors opted to insert nine seconds of silence in lieu of the Pledge of Allegiance, “because Black Lives Matter,” was how Senior Board President Dustin Hagler announced the program change which was in the spirit of the POA’s closing words: “…and justice for all.”

Polar Bear valedictorian and class speaker Kalen Truong began a long day at North with a speech that was both traditional and timely. After thanking family, friends and teachers, Truong, who’s bound for the Ivy League at Penn, had this to say of the challenge(s) facing 2020 graduates: “I’m not talking about COVID-19. I’m talking about the reality that people of color face every day because of their skin color.”

Recalling his role as Mowgli in the school’s theatrical production of The Jungle Book, Truong said “It’s time for us to make our own Jungle Book; to let go of old vines and grab new ones.”

The vibe at these diploma-by-appointment affairs is unfamiliar but not without its pluses. Instead of applause being held until the gamut of the alphabet’s been run, each grad gets their own smattering of applause while strutting their moment alone on the stage. And Jeremiah Michael Zigler didn’t have to sit through everyone between him and Jennifer Alexandra Aguilar while waiting for the name-caller to call his at Hoover. Instead of being part of a herd, everyone was briefly in a class by themselves.

There were some of the same old charms. Caps and gowns looked good on everyone even if they were accessorized with masks (which got to come off for picture-taking). Balloons were abundant, like school-colored sprigs of green, gold, pink and black grapes.

At North, things were rolling along with assembly line efficiency when an element of the unexpected broke out. Minutes after getting her diploma, Elizabeth Gonzalez Ortiz got a bended-knee proposal in the school parking lot. “YES!” it looked like she said.

For some of us in the DMPS cheerleading department the weekend’s festivities were a chance to tie off loose ends.

Hser Moo began her senior year at Hoover in a naturalization ceremony at the school that we reported on last September where she was one among almost 200 brand new American citizens. On Saturday, she was one of almost 200 brand new alums of Hoover High. All made up and sporting a pretty dress as bright as her smile, she told us she’s going to study graphic design at DMACC.

At North, we caught up with Victor Kiiza, a senior we’d planned to follow with a series about his final semester as he played his last season of soccer and went through his college application process. We’d only just introduced him when the 2019-20 school year went off the rails. Yesterday we learned that he’s bound for Grand View University.

That’s two more kids born in faraway refugee camps who are off to college, one of whom snagged citizenship and a diploma in the same year. How’s that for perspective?

Another story that got the year off to a running start at North was the generous gift from an old grad’s estate. Notwithstanding everything that threatened to knock him and the rest of the Class of 2020 off stride, Eric Sambuka received the inaugural Jerry Torrence Memorial Scholarship, a full ride to Iowa State University.

Oh, and finally, there’s this: When Shelby Minero was a North senior in 2018 she was so sick with leukemia that her younger brother Henry walked in her place at graduation. Yesterday she returned the favor because Henry had to leave for boot camp.

Still to come are East, Lincoln and Roosevelt. But already we’ve seen and heard enough to restore a community’s collective faith in what was starting to look and feel like a shaky future. It’s stabilizing now, one graduate at a time.

Each school’s ceremony is a full-day, slow-motion affair due to the safe social distancing format, but that’s not all bad. Why not linger just a moment longer at a rare intersection of personal, national and global history. 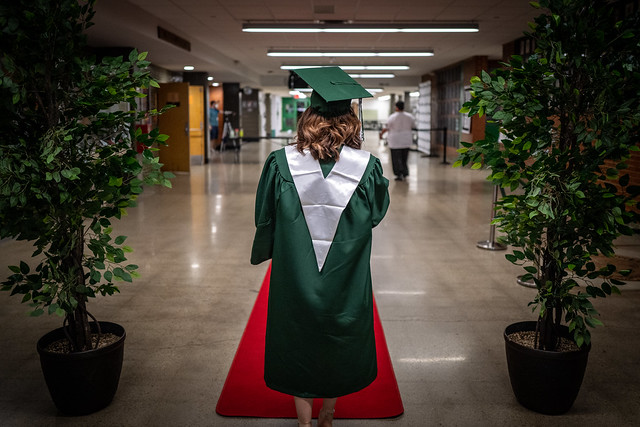 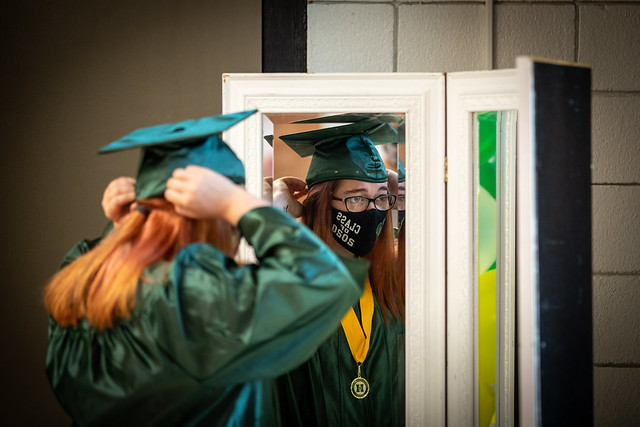 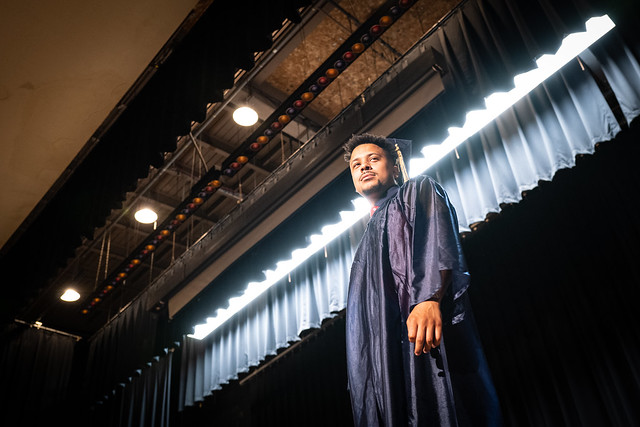 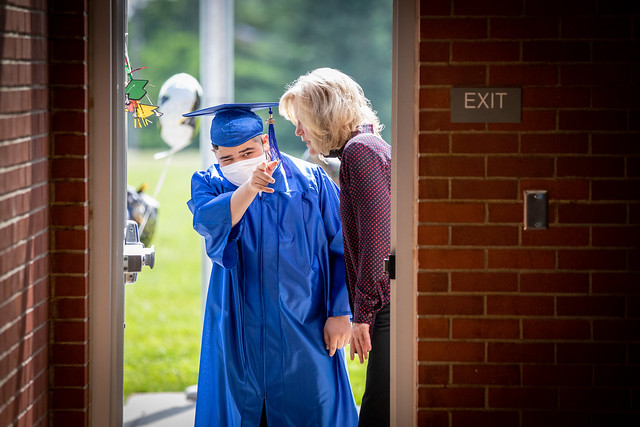