Remember Millie, the canine counselor we first told you about in 2014 when she returned to duty after rehabbing a serious injury, and again in 2018 when she retired after 10 years of DMPS service at Cowles Montessori?

Today we have a final bit of news about a beloved dog whose family was larger than most and it’s going to hurt.

Millie’s co-counselor all those years at Cowles, Tracy Lepeltak, reports that she let Millie go Tuesday morning. “Put down” is an oft-used euphemism for the gut-wrenching obligation that comes with pet ownership, but any dog owner who’s been there knows that you can’t put a good dog down, and Millie was one of the best. Ask any of the thousands of students and families whose paths crossed hers.

“In her retirement she visited other central Iowa schools and assisted living/retirement centers. She also did ‘lunch & learn’ visits with groups that wanted to know about school therapy dogs,” said Lepeltak. “She became a fixture in our neighborhood sitting in the front yard under a tree watching people go by. Several of the neighbors had special treats they bought for her.  I frequently would look out the front window and would see neighbors sitting in the yard talking to her and giving her treats.”

Millie was 13 years old. That’s not nearly long enough when you know and love a dog. But 13 years are the time it takes a child to go from kindergarten clear through high school. In this case that makes the number kind of appropriate.

Rest in peace is often a parting wish we two-legged types direct to one another. But dogs we prefer to think of as running free. Millie’s had plenty of peaceful rest since she retired. Just watch her go now, without ever leaving all of the lives she touched. 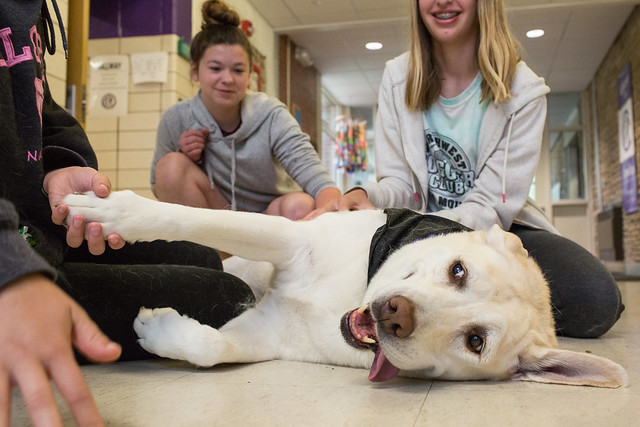 Photos of Millie on the Job at Cowles 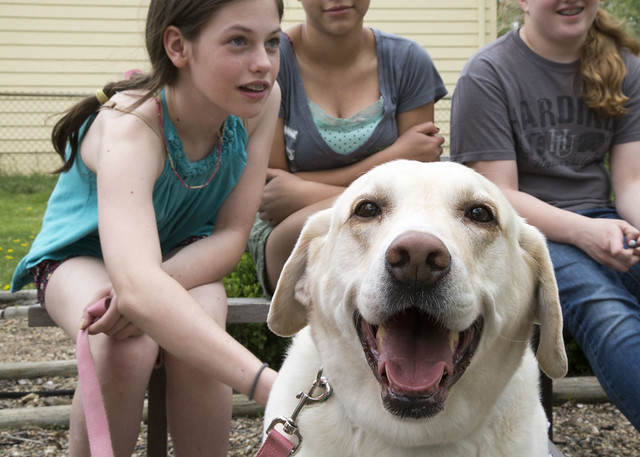