Gay-Straight Alliances, or GSAs, are student-led organizations that work to create safe and supportive environments in schools. Several DMPS secondary schools have GSAs, a way for LGBTQ students and their allies to work on raising awareness and support.

At Merrill Middle School, students literally took matters into their own hands as they picked up paint brushes to create signs of support. Gathering in the music room after school, several students worked on a banner to be displayed while others painted smaller “safe space” signs available for teachers.

Adam Severson is one of the teachers who works with the group, and explained the idea came about as students discussed how they wanted to kick off second semester.

“Many of our students are very artistically inclined and wanted to do something that culminated in showing something that shares their pride of being who they are with others who may not always be as accepting,” he noted.

The 30 members of Merrill’s GSA meet a few times each month to work on school projects, and several will be participating in the Iowa Governor’s Conference on LGBTQ Youth later this spring. 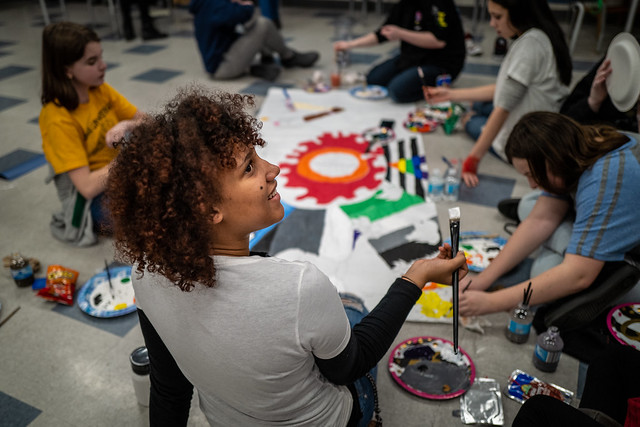