Hosted by Wellmark at its downtown headquarters, the event’s a daylong convention for 250 teen leaders that allows them to compare notes and share ideas to take back to their respective schools. Though the catalyst for the first summit in 2017 was an interscholastic skirmish on the football field, it quickly evolved into a conference about improved intrascholastic relations between races, genders, sexualities; all of the ingredients that give each school its own distinct flavor.

Wellmark Health Management Consultant Cory Jackson is one of the summit’s coordinators and she highlighted some of the tweaks in this year’s edition.

“We’ve added some breakout sessions this year that provide students with more opportunity for input because we know they appreciate the chance to be heard,” she said. “Also, we’ve added more community partners to facilitate some of the discussions.”

Event staff included reps from the Iowa Coalition for Collective Change, Iowa Safe Schools and students from area colleges including Drake, Grandview, DMACC and Iowa State, all in addition to Wellmark and DMPS personnel.

The objective is to equip the assembled student leaders to make even more of an impact at their home campuses than they already do. If the relationships they establish with one another in the space of just one busy day are any barometer of the potential for that to happen, there’s plenty of evidence that the summit’s a good idea that’s getting better by the year – just like high school. 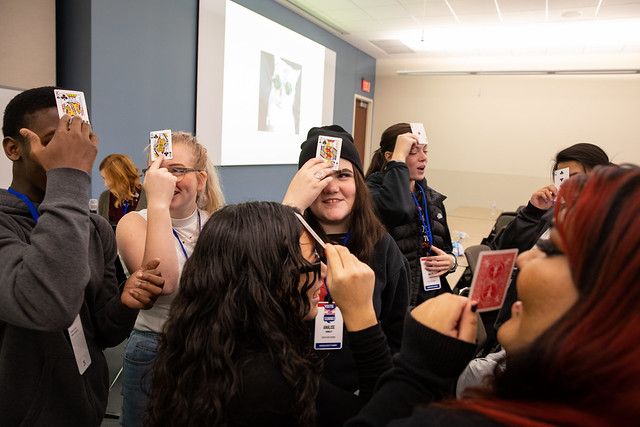