They’re playing outdoors now, but more than a thousand DMPS students will soon be romping in almost $10 million worth of new gymnasiums that are getting their finishing touches before school resumes next month.

Summer’s the season when school repair and remodel projects kick into high gear. Work goes on year round, of course, but when the students clear the playing fields, contractors really get down to business.

The spreadsheet from a recent update report on district construction projects ranging from new gyms and classroom additions to masonry repair and lightbulb replacements gives an idea of what a supreme juggler DMPS Chief Operations Officer Bill Good must be.

There are 38 capital improvements currently underway and another 29 slated for the 2019-20 school year.

In addition, another 27 smaller scale, but no less critical, projects will be finished by the time the 2019-20 school year begins.

“Most people have no idea the complexity of this construction initiative,” Good said recently. That’s an understatement.

Seven who do are the members of the Des Moines School Board. At their meeting Tuesday night, they received a report from Good and the Superintendent’s Facility Advisory Committee. The agenda included the following item: Recommendations for a New Five-Year Statewide Penny Plan and Expansion of PPEL.

The 2019-20 school year is the last covered by the current plan, and the current PPEL measure expires in 2021.

Big-ticket construction items are funded by Secure an Advanced Vision for Education (SAVE) sales tax revenues, aka, the Statewide Penny. Perhaps the most notable education measure that passed the 2019 state legislature was extension of the SAVE tax through 2050, locking in a revenue stream that’s vital to school infrastructure.

The routine everyday stuff gets paid for with PPEL, the Physical Plant & Equipment Levy that’s rolled into property taxes.

“Our primary focus will be the extension and expansion of PPEL,” said Good, now that the SAVE extension has finally been enacted.

Highlighting his summer punch list of capital improvements are new gyms at Howe and Lovejoy (@ $3 million per) that will also enable dedicated music rooms at both schools, a feature neither currently has.

Studebaker is adding a gym, too, and classroom space at a cost of $3.1 million, plus a $750k Boys’ & Girls’ Club wing that B&GC is paying for. (NOTE: The B&GC will also complete and open a Teen Center facility on Walker Street across from East High School in January of 2020, a $1.1 million project that is only costing the district $75k.)

Another major project nearing the finish line this summer is at the Central Campus Horticulture & Animal Science program headquartered at facilities on County Line Road. “The nation’s largest secondary school student-run greenhouse and livestock facility,” will benefit from a hydroponic addition to the existing greenhouse and new classrooms annexed to the aviation building, a $2.5 million project.

But no sooner is any project on Good’s to-do list completed than another needful one arises.

Stay tuned for a campaign this fall when the Board will be asked to approve a resolution calling for a ballot measure on November 5 that would extend and expand PPEL. The current Des Moines levy is comparatively low as measured against surrounding communities, and a PPEL increase would not represent a net tax increase to the community, according to the report submitted to the Board. “We have/will lower the cash reserve levy and/or the management fund levy for a projected near neutral increase/decrease in taxes,” it says.

There’s a lot at stake in terms of both SAVE and PPEL.

“Projections are that we will have $82.2M available for projects, (versus $300 million in needs for 71 buildings),” the report states in setting the stage for the next five-year building plan.

That’s a lot of balls, and bills, in the air. They make for an impressive juggling act. 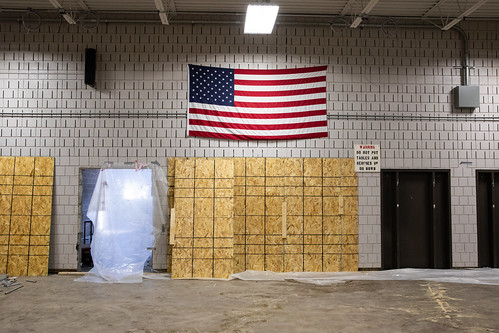