Throwing is Growing With Studio at Central Academy

Throwing is growing at Central Academy – and how!

Substantial empty space is available in the basement (aka, “Level A”) and it is going to get an extreme makeover as a pottery studio, among other things, thanks to a generous $400,000 naming rights donation from the W.T. and Edna M. Dahl Trust. But more is needed to get this project across the finish line, $160,000 more.

Central Academy has built a reputation as a think tank, a well-deserved one earned through years as a national leader on college preparatory indices like Advanced Placement enrollments and exams.

But thanks to National Board Certified art teacher Dara Green, it’s also becoming something of an artist colony.

“Our current studio only allows us to serve 63% of the students who request to take the (pottery) class,” said Green. “To address this, the Renovate to Innovate project proposes to transform 5,444 square feet that currently sit unused. This would allow us to serve more students and create partnerships with the greater arts community.”

Not only will the renovated space provide students with areas to create and display their work, but also provide some much-needed meeting space at Central Academy, too.

(See plans for the space to the right and scroll down to enjoy images by photographer Jami Milne of students throwing clay in the current space.)

Green’s an urban dynamo, educated at Chicago’s Art Institute, who’s grown the pottery program from one that initially served 30 students in 2009 to the popular, over-populated phenomenon it is now with 120 students enrolled and more clamoring to get in. Green’s already given up her planning time to accommodate as many students as she possibly can.

Won’t more creative space for more students spread her even thinner than she already is?

“We are a fully flipped classroom/studio,” she explained. “Instruction is delivered via YouTube so…my role is to manage the studio and potters. Flipping the studio gives me more one on one time with them. We have 1st, 2nd and 3rd year students in each class so there is a lot of peer mentoring that also happens. My goal as an art educator is for the studio to be student-centered and student-run.”

The central objective of the districtwide curriculum shift to the Schools for Rigor model is creation of student-centered classrooms where teachers facilitate instead of spoon-feeding instruction. Sounds like Green was ahead of the learning curve in that sense.

“We will eventually host Community Ed adult classes too,” emphasized Green. “This will allow our students more access to the studio and create a really cool multi-generational learning environment. It will be magical!”

But first things first. Become a patron of the academy arts by whittling away at that remaining $160K. This is literally a ground floor opportunity. 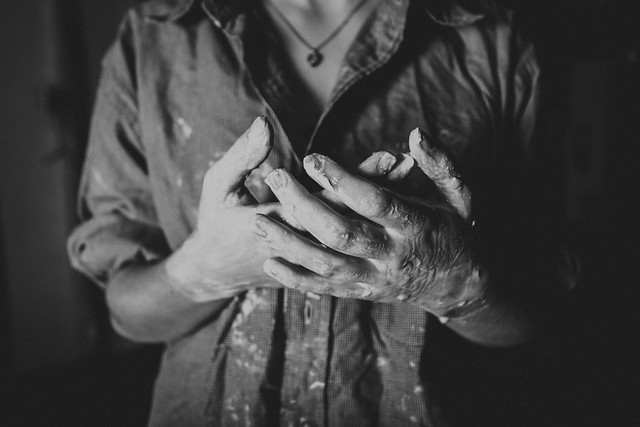