Nurse Juli Bretz: I Am in My Dream Job

Juli Bretz, a full-time early childhood nurse with Des Moines Public Schools, is in her fourth year of working in her self-proclaimed, dream job. In her dream job, Juli is the building nurse at Jesse Franklin Taylor School in Des Moines, Iowa. Juli works in a school that serves both preschool students and middle school alternative students: four of the ten preschool classrooms she serves are Head Start classrooms—two full-day rooms, and two half-day Head Start/ECSE-integrated rooms.

Juli’s love for early childhood education began when her own daughter attended Head Start in the Des Moines metro area. This peaked her interest enough that she then began working at an area daycare. She moved from there to work at Des Moines Public Schools, the largest, most diverse school district in the state. She started as a substitute, was hired as a Head Start associate, and later worked as a Head Start family advocate for many years. Juli says her favorite part of being a family advocate was helping families set and meet their goals. It brought Juli great joy to “help empower parents that were illiterate realize they could still read to their own children by talking about the pictures in books.” During her time as a family advocate, Juli was able to get to know an early childhood nurse, Kathy Lehman, and from then on, Juli aspired to be like Kathy. In Juli’s words, “The kids just loved Kathy; she knew just what she was doing and was so organized and crucial to the families.”

In 2009, Juli started nursing school and became an RN and worked for several years at a local Des Moines hospital in the operating room and in labor and delivery and then eventually became a pediatric health coach. Juli intentionally moved to become a pediatric health coach with the intent of coming back to work with families in a school district. In 2015, Juli finally landed her dream job at Jesse Franklin Taylor School, as a full-time nurse in early childhood. Juli has since finished her B.S. degree in Human Services. Juli finds her role vital for families, especially those families whose first language is not English. She explains, “It can be lifesaving when teaching bi-lingual families how to give the correct dosage of medicine or how to properly use an inhaler.”

Juli loves working with her team to support families and is part of a powerful Head Start team at Des Moines Public Schools, serving 420 Head Start families, as well as 1,400 other preschool students. Recently, Juli attended training on leading a Health Care Institute and looks forward to leading that with families this school year.

Melissa Leyen, the Head Start Coordinator at Des Moines Public Schools says, “Juli is such a perfect fit for our program because of her strong background working with young children and families. They are her passion. You can see it every day when she stands at the front door and greets every single parent, student, or staff that enters. Juli is always optimistic, upbeat, and ready to help anyone in any way she can. We are extremely fortunate to have Juli in Head Start.” 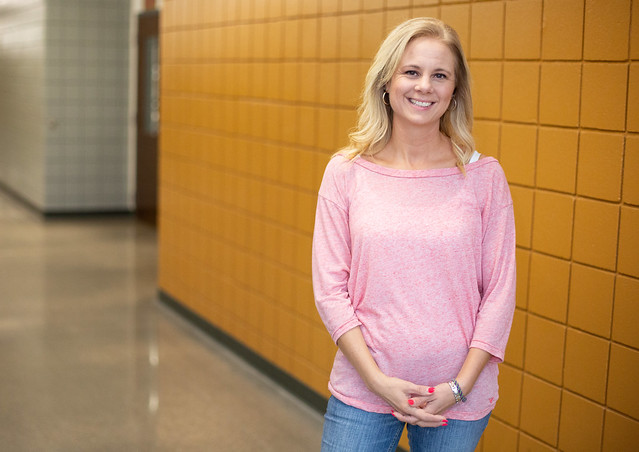