What do Blank Children’s Hospital and Lincoln High School’s Theatre Arts program have in common?

Come to the school’s production of The Humor Games this weekend and see for yourself.

The show parodies the popular book/cinema series The Hunger Games. It includes a pie-in-the-face aspect that the Lincoln troupe decided to capitalize on in the belief that laughter makes the best medicine.

Pies for Patients is a fundraising drive in which the audience will be able to vote, by pocketbook, for a teacher they would like to see get “pied” on closing night. Whichever teacher bucket collects the most cash will determine who gets the, uh, honor of a “pringleberry” pie to the face on closing night. Proceeds will benefit the hospital.

Showtimes for The Humor Games by Dean O’Carroll are November 1, 2, and 3 at 7:00 PM in the school auditorium. Tickets are only $5.00 for all ages, so be sure to bring a little extra to drop in a teacher’s pie-hole at intermission.

We caught a dress rehearsal Monday night and the show looks hilarious – and delicious. 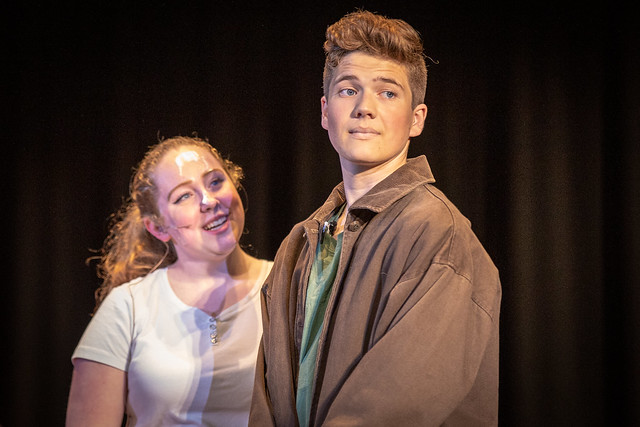