Renovations, Additions Getting Completed at Schools

Anyone who’s ever undertaken a home improvement project knows how costly and inconvenient they are. But oh, the payoff when they’re completed!

Imagine what it’s like trying to maintain and update 60+ school buildings that average more than 65 years old. At least schools adjourn for the summer, allowing for a higher gear of activity, and that’s again been the case this summer at DMPS where several major renovations are in the finishing stages as the 2018-19 school year looms.

That adds up to more than $12 million worth of upgrades completed this summer, but they’re just the seven-figure projects. DMPS Chief Operations Officer Bill Good’s master spreadsheet lists 43 projects as “good to go for first day,” everything from lock replacements to the new building wings.

“What might seem to be a small project often requires the same effort and time to facilitate (as a larger one),” said Good. “Most don’t realize the challenges that come with each and every project. No individual project is any more important than the next.”

The “homeowners” at the big ticket sites listed above are getting giddy in anticipation of their new normal.

There’s a similar vibe at Cowles. “We are extremely excited about the construction that is happening this summer at Cowles,” said principal Todd Johnson. “We have the new addition of the multipurpose music room and gym, we are adding an elevator to our multilevel building and new equipment to our playground, and we are renovating both our library and cafeteria.”

Another 29 projects are scheduled for completion a year from now, according to Good’s to-do list: playgrounds, gym floors, cafeteria kitchens, restrooms, and other “home” improvements. Oh, and a brand new school is coming off of the drawing board that will open for business in time for the 2020-21 year.

Most of the capital improvements are possible thanks to support from the statewide penny sales tax that’s scheduled to sunset in 2029. The district has reached the bonding ceiling for Secure an Advanced Vision for Education (SAVE) money, making legislative action to either remove or extend the sunset critical. How critical? In fiscal years 2010-2016, the DMPS share of SAVE revenues amounted to nearly $200 million.

Public schools are essentially extensions of everyone’s homes, something to keep in mind when the state legislature reconvenes next January. Besides appropriating adequate school aid to fund teacher salaries, textbooks and the rest of the educational basics, it will be vital for lawmakers to extend the SAVE revenue stream. You might want to remind yourself to remind them of that when the time comes.

If they haven’t already, home improvements should be coming soon to the school near you. 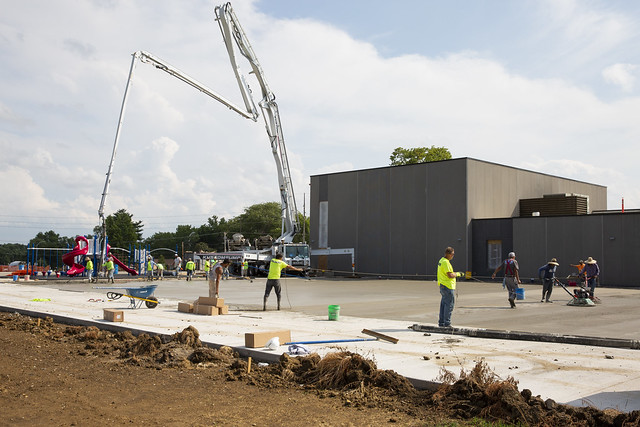